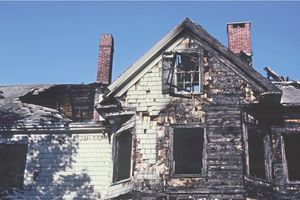 Nuisance property ordinance is a step closer to reality in Laurel

During the most recent public meeting of Laurel Mayor and Council a first [...] 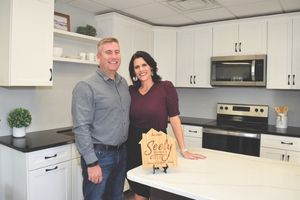 “Success in life hinges more on seizing the opportunity than having everything go [...] 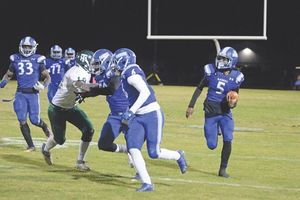 The Woodbridge football team was firing on all cylinders in last Friday’s 31-0 [...]

There is currently a great deal of controversy about what is taught in schools. It makes some people forget that many of the things that are controversial are first learned at home. Most children imitate things like religious and political beliefs that they see in their parents. If the parents do not attend church, it is not likely that Sunday school attendance will have a major effect on the child’s later church attendance. If parents have racist behavior, it is likely that children will mimic that behavior regardless of what is taught in schools. We have seen a similar concern about what is taught in schools in the past. In 1859 Charles Darwin published The Origin of the Species. It was the book that detailed the principles of evolution. In 1925, John Scopes went on trial for teaching evolution in Tennessee. Most people know about the trial. However, many people do not realize that it was part of a movement to deny the existence of evolution. The thought was that if it could be banned from schools, no one would ever hear of it again. As it turned out, no one actually heard about the movement to ban [...]

You are invited to a Musical Christmas Show with Debbie Langley and Company. In their country-folk style, the Christmas story will be told in unique song with an opportunity to sing-a-long to some traditional melodies. This event will be at the Connection Cafe on Sunday, Dec. 19 at 6 p.m. Delicious Desserts by Rene will be available.

Mr. and Mrs. Claus will be at the Bridgeville Public Library for Snacks with Santa [...]

The Laurel Women’s Civic Club will hold a Remembrance and Wreath Laying ceremony on Saturday, [...]

Shirley Ann Prettyman was born Sept. 29, 1940 in Laurel to Leon Larry and Lola May Hastings, and was the youngest of four children. She graduated from Laurel Senior High School in 1958. She and [...]