The city of Seaford, Sussex County, the state of Delaware and a private developer are planting the seeds of economic potential in a swath of open land on the city’s northern edge, partnering to create a new business campus that could bring dozens of new jobs to the local economy.

Sussex County Council voted Tuesday, Dec. 8 at their meeting to work together with Seaford in the development of the new Western Sussex Business Campus, a proposed complex for commercial, industrial and manufacturing activity on a plot of more than 100 acres off Herring Run and Ross Station roads. The property, adjacent to the Ross Mansion and in close proximity to the Seaford Industrial Park, was purchased by the city as part of a larger tract of land for commercial/industrial development in the mid-1990s. The Ross Business Park was carved out of and later developed from that initial purchase. 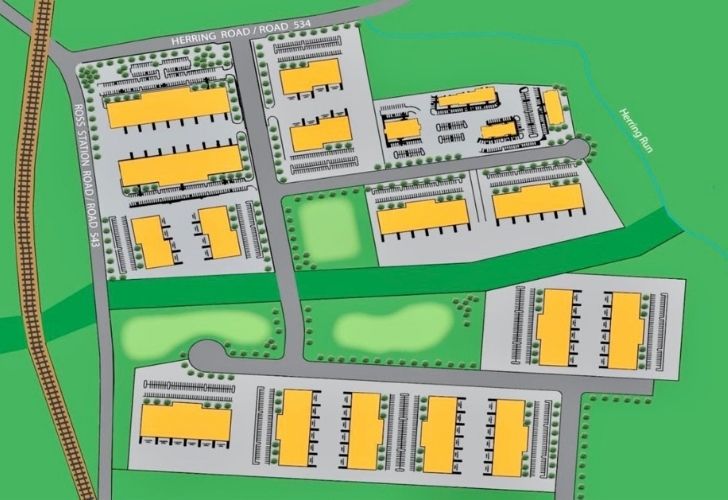 Under the approved proposal, Sussex County will assist the city of Seaford in funding the necessary infrastructure improvements to the property that will lay the foundation for companies to locate to the park, bringing with them new jobs, increased property values, and direct and indirect economic effects to the area. Sussex officials have pledged county funding, not to exceed $1.88 million, as its portion of the investment, with the city, which presently owns the land, contributing $600,000 to the project, with additional funds under consideration in the city’s FY22 Budget.

Meantime, the city of Seaford is working on an agreement of sale with a private developer, who is slated to buy about half of the acreage of the complex. The developer, in turn, will construct a 50,000-square-foot commercial building within 18 months following contract approval. This investment is estimated between $4 million to $5 million and they will market the new facility to prospective tenants.

City and county officials hailed the arrangement as a prime example of a public-private partnership that has a singular goal: to advance economic development opportunities in Seaford and the surrounding areas.

“The city of Seaford has had a clear vision on the possibilities of this property. We knew that without infrastructure, this would be slow going to attract businesses to consider us,” Seaford Mayor David Genshaw said. “Partnering with the county adds velocity to this vision of bringing good paying jobs to Seaford and Western Sussex.”

County officials lauded the proposal and the opportunity to work with the city on a project that is collaborative, rather than competitive.

“We know that western Sussex needs a boost when it comes to economic development, and people want to see results. They need jobs. They want opportunity. A project like this has a lot of promise to deliver on those expectations for many years to come,” County Council President Michael H. Vincent said. “We believe a joint effort, such as the Western Sussex Business Campus, is a perfect way for the city, the county, the state, and the private sector to marshal their resources and work together, rather than in separate silos, to achieve the same goal.”

County officials said the venture dovetails with one of the economic development strategies in the 2018 Sussex County Comprehensive Plan, which calls for the exploration of public-private partnerships for the development of additional industrial parks within the county. Sussex County already has more than $1 million set aside in the FY2021 budget for the development of a western Sussex business park. In addition to the county’s assistance, the city of Seaford has worked with the state of Delaware, as well, dating back to the earliest days of the property acquisition, first with the initial appropriation of $500,000 in the State Bond Bill in 1995 to purchase 243+/- acres. Some portions of that acreage look very different today, having been developed in the past quarter century as the home of the Western Sussex Boys & Girls Club, the Seaford Sports Complex and Jay’s Nest, the Seaford District Library, and many new businesses, including FedEx, Polytechnic Resources, Ditch Witch and more.

Even with those additions and development during the past 25 years, more than 100 acres of the original property purchased remains ready as prime real estate for commercial/industrial development. In 2019, the city of Seaford received additional State Bond Bill funding in the amount of $350,000 to begin the engineering design and construction of a commercial entrance and utilities. Having sites that are truly shovel ready are much more attractive to developers, as it significantly shortens the time from start of construction to open of business.

Representative Daniel Short, who was on Seaford City Council at the time of the land acquisition in 1995 said, “Seaford has always maintained a steadfast focus on growth, as evident by the council’s decisions in the early 1990s. Now more than ever, our community and the surrounding region greatly need job opportunities. This collaboration is yet another good example of how we can work collectively to provide the right environment, primed for business development and job growth.” Rep. Short added that he “looks forward to seeing the Western Sussex Business Campus prosper and Seaford and Sussex County benefiting from its growth and success.”