The Sussex Tech varsity wrestling team earned a 57-24 home win over Delmar last Wednesday in Georgetown. The Ravens jumped out to a 51-6 lead before the Wildcats won three of the last four matches.

Delmar’s Logan King (106) opened the dual meet with a pin with 1:25 left in first period. Sussex Tech’s Anthony Andrews (113) won by forfeit before the Ravens’ David Kristunas and Delmar’s Jazmon Snead met in the closest match of the night (120). 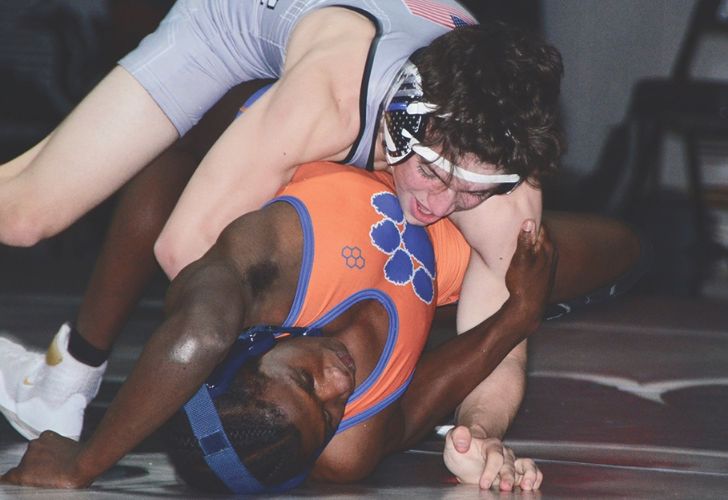 Kristunas held a 3-2 edge in the first period and led, 8-4, at the end of the second. Snead knotted the score in the third to send the match info overtime before Kristunas scored two points with 50 seconds left in OT for the 10-8 victory and a 9-6 Sussex Tech lead.