Kellam, Phillips recognized by Seaford School Board during February meeting 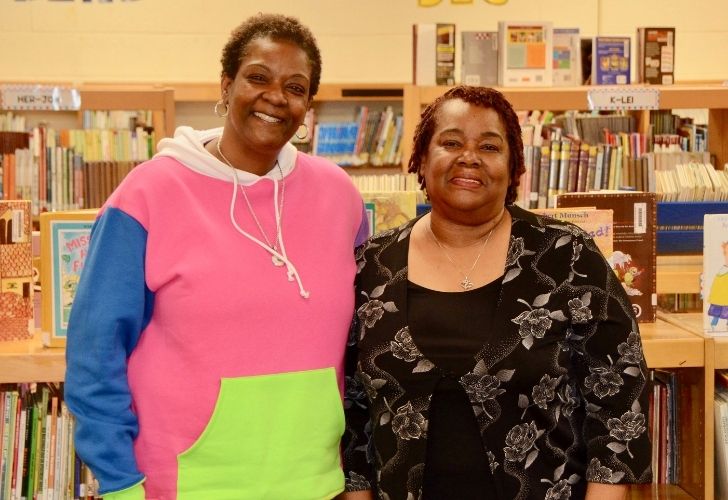 “It felt pretty good,” Kellam said earlier this week. “I feel like this is the second time I’m being recognized (a local TV station did a story on her a few years ago).”

“My recognition comes because I’m her daughter. I was most proud because they recognized her,” said Phillips. “When the school recognized it, it was a really big deal.”

Kellam was one of three African American students, nicknamed the Central Three, to first attend Central Elementary School during the start of desegregation in the Seaford School District. All three, Kellam, her cousin Alvin Cooke, and Sam Jones are still living.

The three had the highest scores following testing of students at Frederick Douglass Elementary School. Carol was just five years old at the time.

“I was OK with it. My parents raised me up to be ok with black, white, whatever,” she said.

The students arrived at the school on the first day in a Godfrey’s cab (the only black cab company in Seaford), with police cars in front and behind the cab to escort it.

“People lined up on both sides of the sidewalk, telling us to go back home,” Kellam recalled. “I remember being a strong little girl, stuff just rolled off me. I didn’t take all the name calling to heart.”

The three African American students were placed in separate home rooms. Kellam said the first day, with the people on the sidewalk, was the only incident. She had a problem with one teacher, but also remembers the gym teacher, Mr. Stover, being very nice. By the time Kellam was in fifth grade, at the old high school building, the district had been fully integrated.

“Other people are making a big deal about it. I love it here. It was just a coincidence that I ended up here,” said Phillips.

Phillips is going on 20 years in education, nine years as a second grade teacher and 11 years as an administrator. She graduated with a psychology degree and went into the mental health field before becoming a teacher. Teaching in the community where she grew up, she connected with the students and their families.

“Those personal connections made it easy to teach the kids,” Phillips said. “Until I’m ready to retire, Seaford is probably where I will be.”

Phillips said that when she went to school, social and racial classes weren’t a big deal. With the presence of the DuPont plant, the community had black and white middle class families. There wasn’t school choice at the time, so students didn’t leave the Seaford School District for other schools.

“I feel we can still have great things coming out of Seaford,” said Phillips.

She says she tries to stress the importance of education, especially to members of the African American community.

“It wasn’t about race for them (the Central Three), it was about getting an education,” she said. “It’s not an us vs. them.”

Kellam retired as District Manager of the Social Security Office in Accomac, Salisbury, and Cambridge in January after 42 years of service. She first started working for the government when she lived in Boston.

“Once I started and got my feet wet, I knew that was going to be my career,” said Kellam. “Being a black woman, I had to do everything twice as hard and twice as fast as everyone else.”

Kellam was hired during affirmative action in 1978 and was a GS-3 on the federal pay scale. Her goal was to be a GS-12 before she retired, she was a GS-14 when she retired earlier this year.