This year’s Apple-Scrapple Festival was dedicated to local healthcare workers and first responders for their work during the pandemic over the past year and a half. Last year’s event was cancelled due to COVID-19, so this year marked the 29th year of the Bridgeville festival. 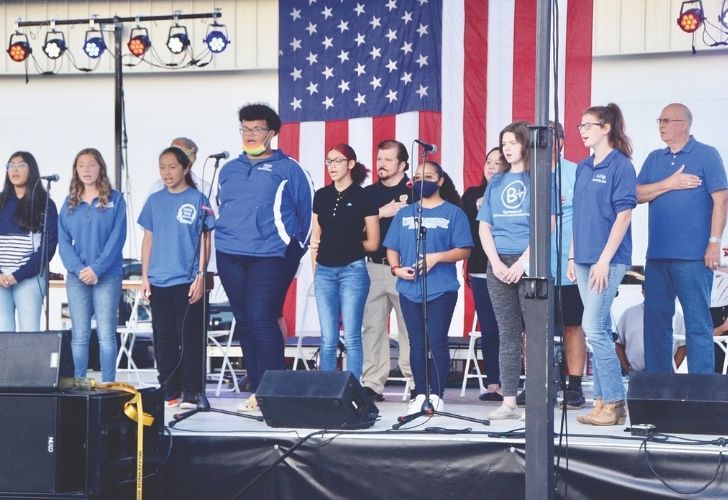 During last Friday night’s opening ceremony, emcee Jimmy Hoppa paused for a moment of silence to honor first responders who lost their lives last year in service to their communities.

“Their commitment is what makes them miss birthdays and anniversaries and cancel vacations. They do it willingly because of their commitment to you,” said Hoppa.

“When you call, we are there,” Bridgeville Fire Company President Matt Smith said. “We’re truly honored that the festival committee chose to honor first responders this year.”

Smith honored a member of his department who suffered a serious accident on Aug. 13 when responding to a call to assist with traffic during a storm that did damage to trees and homes in the town. Charlie Peterson was driving down Redden Road at 40 miles per house when his car hit a tree which had just fallen in the road. He was taken TidalHealth Nanticoke and then later Christiana Hospital, where he stayed for 10 days.

Smith presented a plaque to Charlie and his wife Kay. Charlie, who was at the festival with his family, was also on hand to mix the batter for the fire company’s oyster fritters, which were on sale at the company’s stand.

Other contest winners were: