Woodbridge seniors Cha’Kya Johnson, Sierra Smith, and Janeira Scott have been making their marks on the hard court for the Raiders since their freshmen year. This season they helped lead Woodbridge to the final four of the state tournament before the team fell to Sanford. 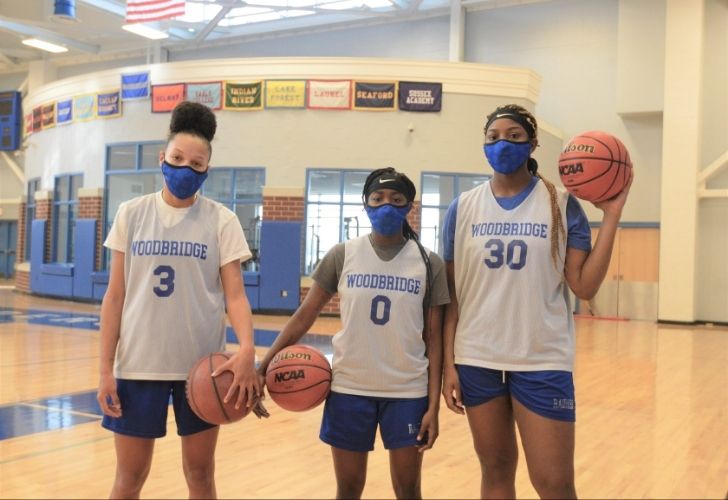 “It’s an honor. Being one of the first teams in the final four is a blessing,” Scott said following the Raiders home win over Delmarva Christian in the state quarterfinals. “Playing team ball is a big factor for our team.”

“We’re just dedicated. We practice, work hard, and we give it all we’ve got,” added Smith.

“It was a little emotional. I’m glad we won our last game at home,” Smith said of the seniors’ final home contest.

In addition to being a part of the program’s first Final Four team, the seniors leave behind their legacy with the team’s young players.

“It’s been great. I’m glad that I’ve been able to play with them. There are no girls I’d rather play with,” freshman Reghan Robinson said of playing with the seniors.

“We definitely have a young team but we taught them a lot on and off the court and they learned a lot and grew,” Johnson added.