After Laurel grad Shawn Phillips retired from professional baseball, he turned his attention to coaching high school sports. That love of the game has resurfaced, which led the Delmar boys’ basketball and cross country head coach to step down to take a position with the University of Maryland-Eastern Shore baseball team.

“It was an opportunity I couldn’t pass up,” said Phillips, who pitched for Delaware State University before being drafted by the Texas Rangers and playing in their farm system. “I’m excited to get started.” 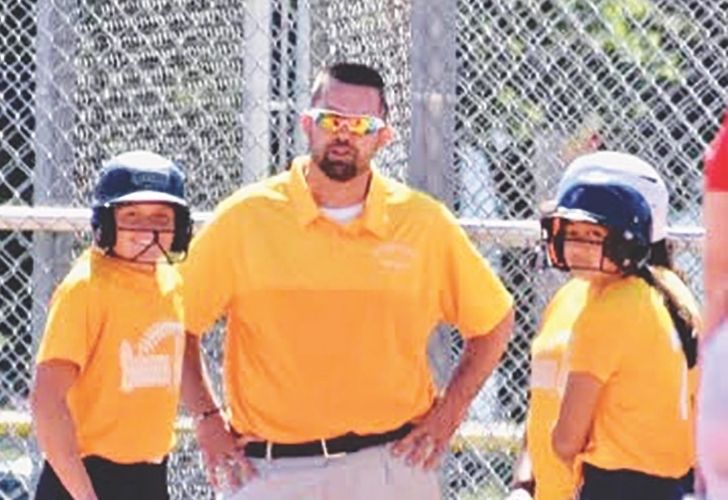 With two daughters at home, Shawn said his focus had shifted to softball. In addition to serving as the Wildcats’ boys’ basketball and cross country coach, Phillips was an assistant coach for the softball team. He also coached the downstate Carpenter Cup softball team to a tournament win this summer.

“It kind of brought the juices and the love of the game back. To be able to dedicate full time to baseball, it brought it full circle,” Phillips said of the opportunity to coach baseball again.

Phillips was the head baseball and boys’ basketball coach at Laurel before coming to Delmar.

“It (leaving Delmar) was a tough decision. The Delmar community, Delmar athletics, and the Delmar School District, they took an adult that was down,” said Phillips, who said he wasn’t sure if he would coach again after stepping down from his alma mater.

“They definitely made it a hard decision whether to take this opportunity or not,” Phillips said of Delmar, where he has coached for the past five years.

As a former Delaware State Hornet, Shawn is not stranger to the MEAC, where UMES plays.

“It’s exciting to be back in the MEAC,” he said.

Phillips will be the Hawks’ pitching coach and recruiting coordinator under head coach Brian Hollamon, whose wife Jodi is the Delmar head field hockey coach.

“I’m really excited about it. I’ve known Shawn a long time,” said Brian Hollamon.  “I really think he’s going to be a good addition to our program.”

Hollamon played baseball with and against Phillips in the Eastern Shore League and has also watched him coach high school teams.

“He’s got a lot of knowledge to give back to the guys,” Hollamon said.

Hollamon said Phillips is similar to him in that he wants to play the game the way it is supposed to be played. Phillips also comes from a coach family with brother Glenn, Jr. and his father, Glenn, Sr. serving as long time school and youth sports coaches.

Phillips also sees similarities between himself and coach Hollamon. They are both passionate people who “wear their emotions on their sleeves.”

“You know what you’re going to get when you coach with a Hollamon. They’re very passionate,” Phillips said. “He’s going to be someone I can learn from. We want to put the best caliber of player on the field.”

As for his time at Delmar, Phillips said he heard a lot about the school but relished the chance to see it from the inside.

“You don’t know too much about it until you experience it,” said Phillips.

He added that he will miss the relationships he developed with the coaches and players during his time as a basketball coach.

“I definitely think I left the program better than I found. That’s always your goal,” said Phillips.“Basketball’s a long grinding sport.”

Shawn is in his last week at Delmar High this week and will then start at UMES full-time. Fall ball practice begins Sept. 24 for the Hawks.