Seaford voters are sending incumbents David Genshaw and Dan Henderson back to elected office. Genshaw will serve his fourth two-year term as mayor; Henderson is returning to the city council for his third three-year term. 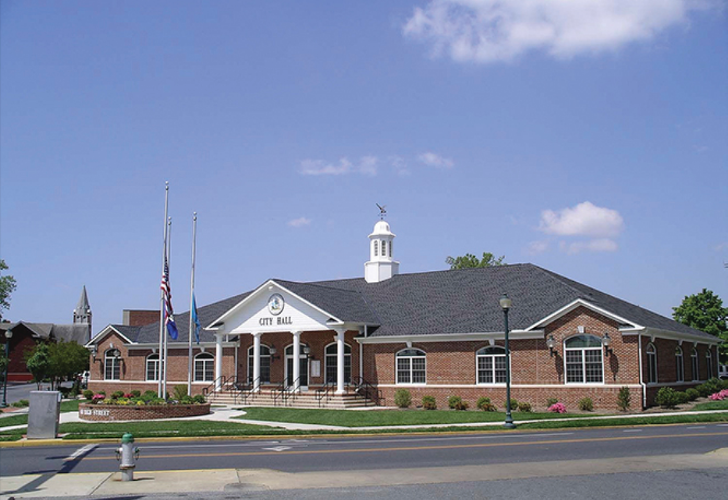 “We had incredible turnout,” Genshaw said on Monday. In last year’s election, in which just one council seat was up for grabs, 295 people voted. A little more than 438 people cast ballots in 2018, when the mayor’s seat as well as two council seats were decided.

In this year’s council race, three candidates ran for two seats. Henderson received 374 votes to claim one seat. Newcomer Jose Santos won the second seat with 376 votes. That seat is being vacated by William Mulvaney, who is retiring after serving two terms.

Genshaw was challenged by Councilman James King, who was elected to the city council in 2018. Genshaw received 317 votes to King’s 270 votes. King will remain on the council and will complete his three-year term next spring.

Genshaw said that, despite the ongoing coronavirus pandemic, the election went well. The city spent more money than it usually spends on elections, primarily on letters that it mailed out to all residents encouraging them to vote by absentee ballot.

Torbert in particular “went above and beyond” to make sure that everyone who wanted an absentee ballot got one. “Nobody who wanted to vote didn’t vote,” Genshaw said.

Santos voted in person on election day, “because I wanted to see the safeguards that were put in place to protect the public,” he said. He believes that the city did a good job in keeping voters safe. “I felt safer going to vote at city hall than I did going to Royal Farms across the street,” he said. “I am sure that it took a lot of planning and I don’t think I could have done a better job myself.”

Already, Santos is looking forward to next year’s election, when he hopes the city can focus on getting more people out to vote. He suggests that the city could set up times when people can register to vote at places other than city hall, and at the same time ask questions about the election. “Mailing absentee ballots a few weeks prior to the election to people who are registered to vote would also help,” he said.

Like Santos and Genshaw, Henderson was pleased with conditions at city hall on election day. “The attention paid to providing a safe environment for voters and election workers was impressive,” he said. The election “was very well-conceived and executed.”

Henderson did have one suggestion, however. The city’s Board of Elections started broadcasting the absentee vote tally around 2 p.m., about an hour before the polls closed. “There were clearly times when a voter had the opportunity to have heard candidates’ names read as an affirmative vote,” he said.

Because of that, potential voters could have heard some returns before going into the voting booth. “It may have influenced a voter, who may not have planned to vote, to go before closing to cast a ballot on opposition, or in support, of those being read,” Henderson said.

He acknowledged that getting more people out to vote is a good thing. “But whether the webcast induced a voter to vote a certain way is another question. In the end, I don’t believe enough voters were exposed to the tally to have an effect on the result, but it still merits a look at doing that part of the process a different way.”

Genshaw said that he sees his reelection as affirmation that the voters approve of the job that he’s doing. Even so, “I never get caught up in the idea of a mandate,” he added. “I’m doing this job kind of as an outreach, as a ministry, to help to my town. I just want to contribute whatever I have to make Seaford better.”

He also said that he will continue to seek out conversation with all city residents, to get their ideas about issues. “I’m an open person,” he said. “I’m not afraid of people with opposing ideas. And I like to continue to grow.”

Henderson echoed Genshaw’s statements. “I’ve had the practice of responding to direct constituent communication with equal attention and fairness, whether they be supporters or not,” he said. “I intend to continue the practice.”

“I am here to serve my community, to meet with and listen to the constituents, and to be an ear and a voice for the people at every council meeting,” Santos said. Issues he is interested in range from putting better information signs in downtown to getting infrastructure in place in order to attract new businesses.