Director of Finance June Merritt presented a tentative agreement between the city of Seaford and the General Teamsters Local 326 union. The contract with the Fraternal Order of Police expired June 30, 2020 and negotiations were delayed as the police voted to change their representation. Highlighted changes and updates were provided to the council as well as the entire agreement for review. 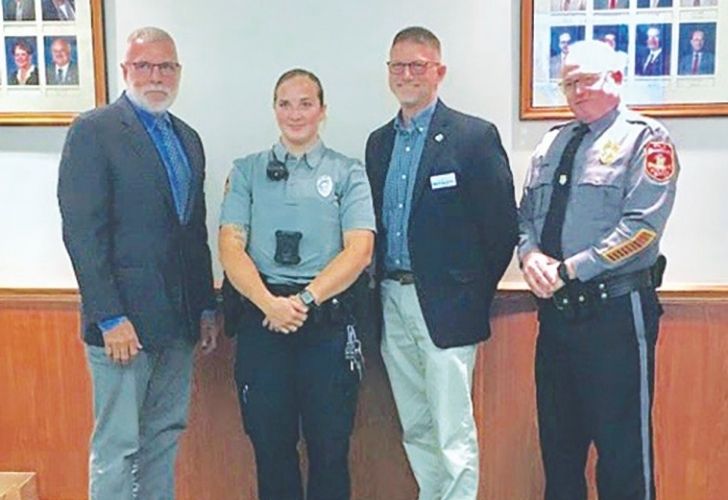 The new pay plan is now a “year in service and grade” with a base wage adjustment of 5 percent for year one patrolman, two percent base wage adjustment for year two and three. Other changes to the contract outline that a new employee may now be placed into the PFC rate, the addition of Juneteenth and MLK as paid holidays, and changes to the physical fitness program, which is a mandatory and non-punitive program for police officers. New additions to the agreement include a job steward and seniority and layoff/recall, which provides details on how an officer obtains seniority as well as the process if the city determines there is a need for reduction in rank and/or layoffs. The new agreement is effective through June 30, 2023.

The City Council approved a change in the Compensatory A/T policy, an increase of up to 100 hours of compensatory time by an employee. The other guidelines remain the same including no carry over of time and an employee may not withdraw the request for compensatory time to receive monetary compensation. The increase in time correlates with the request of the police department in the contract negotiations. Merritt explained the city requested the policy remain separate from the contract but agreed to the increase from 48 to 100 hours.

Director Berley Mears presented for approval the Waste Water Planning Grant in which the city of Seaford is being allocated 4.32 million dollars through the Federal Government American Rescue Grant for specific infrastructure projects. Mears requested the monies be used for the following sewer and water applications: the Route 13 sewer extension, the Seaford Village lift station renovation, and phase IB and II of the Western Sussex Business Campus, which covers the city’s obligation. Mears also presented two small projects including a pump in the industrial park and the Virginia Commons lift station repair. The total monies from the grant would leave a balance of approximately $400,000 for reserve and contingency. Councilman Dan Henderson requested the committee consider the much needed replacement of fire hydrants. The city received half the proceeds on June 16 with the second installment coming in 2022.

Director of Economic Development and Community Relations Trisha Newcomer presented to the Council a request from PTV 1125, LLC for funding assistance of the off-site sewer improvements necessary to accommodate the 7-11 project, to be located at the old site of Dover Pools on Sussex Highway. Bill Owen, project developer, requested the city pay the entire amount of $153,384 while the city voted to approve half the funding in the amount of $76,692 and to waive all fees associated with project in the amount of $18,204.

The investment in the sewer repair will also benefit existing businesses because they will tie directly into this line. The work is on the southbound side of Route 13 between KFC and The Southern Grill businesses and is a complete replacement of the downstream sewer. The issue was supposed to be remedied with the future phases and development of the Stony Brook subdivision behind the 7-11 site. However, the future phases are not currently being developed and improvements are not being made but are necessary for the development of the proposed 7-11 store.

Councilman Henderson said, “My motivation is the taxpayers. We are willing to give half of it, but to ask the taxpayers to pay for the project again who paid for in the 1980s does not make sense to me.” The project completed in the 1980s was installed incorrectly which is creating the backflow problem and need for the replacement. Henderson pointed out the other developer will also pay the impact of the fees which will be a downstream cost share.

“It is the best way to move forward rather than have the risk but the developer will reap the reward from this work. My motivation is to protect the taxpayer,” Henderson added.

Chief Craft presented the Council an opportunity to submit for funding to institute a Comprehensive Opioid Abuse Site-Based program. The Bureau of Justice grant will be a Diversion Program for Seaford and Laurel. The available funds are up to $321,00 and would be allocated over the next two years and expire December 30, 2023. The Police Assisted Addiction and Recovery Initiative program is a pre-arrest diversion program with a primary focus on substance abuse and mental health. The city would engage in partnerships to provide professional services. The request was approved, 5-0, by the council.

Councilman James King inquired about police training. Chief Craft said, “We are training and entered into an agreement with the National Association to train 100 percent of our department in mental health first aid.”  The training, as explained by Chief Craft, will help officers to recognize mental health issues, overdoses, substance use problems and how to communicate without escalating the situation.

The second reading of Article 4. Industrial District.8 M-1 Light Industrial District and the Declaration of Restrictions for Western Sussex Business Campus were presented. It was noted that there were no changes from the first reading presented in August.

The next Seaford City Council meeting will be Sept. 28 at 7 p.m.