The Salisbury Area Chamber of Commerce held its June 17 general membership meeting at the Dunes Manor Hotel in Ocean City. Eric Morgan, the new CEO of Piedmont Airlines served as the guest speaker.

Piedmont, an affiliate of American Airlines, is headquartered in Salisbury. Morgan, who has over 40 years of experience in the airline industry, worked for the original Piedmont company and took over day to day operations for the organization in January. 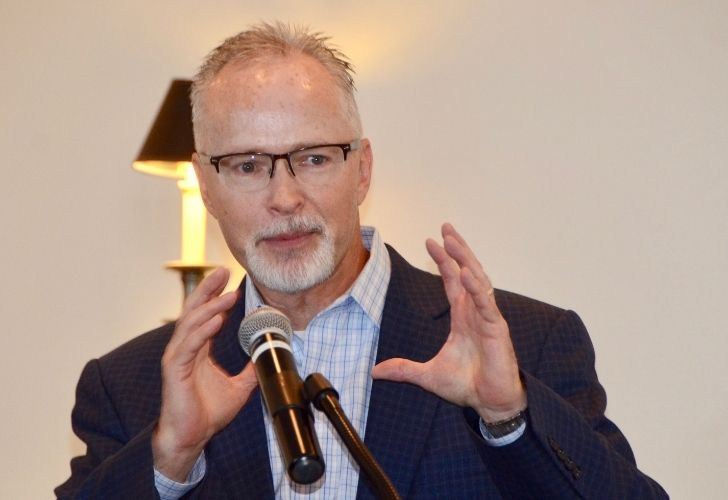 Locally, there are 275 team members in Salisbury and there are 300 to 325 departures per day.

“With COVID we have been impacted dramatically,” he said.

Morgan said there has been a downward trend in customers since last March. His company is looking to COPE: Control costs, operational safety, protect job, and earn back customers.

He said that international and business travel has accounted for the drop in business. Morgan added that some small airports are in danger as new business models emerge.

Morgan said the Salisbury airports challenges include the length of the runways, an aging hangar, and labor shortage.

“The airport is doing a lot of things right now to enhance the facilities,” said Morgan. “We’re struggling right now to get workers of every type.”

Morgan said the company is looking to partner with local institutions to bring potential pilots and mechanics into the training process.

“It’s (being a mechanic) not what it used to be. It’s a high tech job,” said Morgan.

Earlier in his speech, Morgan spoke of Dick Henson of Henson Aviation, who came to Salisbury in 1975 and invested $1 million for his company’s headquarters and hangars. His company eventually partnered with Piedmont before mergers with U.S. Airlines and American Airlines took place.

Morgan was asked during the question and answer session about the challenges for long term recovery.

He said the key was to bring back business travelers who tend to pay more because they book at the last minute and pay for upgrades such as first class. Those travellers made up 40 percent of the company’s revenue before, now they make up 15 percent of revenue.

The limit on the number of customers allowed on flights has also accounted for a loss in revenue.