The Woodbridge varsity wrestling team lost some key wrestlers from last year’s state runner-up team, but the Raiders also have a large number of returning athletes from last year’s squad. The team is led by first year coach Eston Ennis, who takes over after Shane Marvel led the team to the dual meet state championship last year.

Marvel took the reins after Jenna Day rebuilt the school’s wrestling program. Ennis is one of three former Laurel wrestlers serving as a head coach for a Henlopen South team this year. 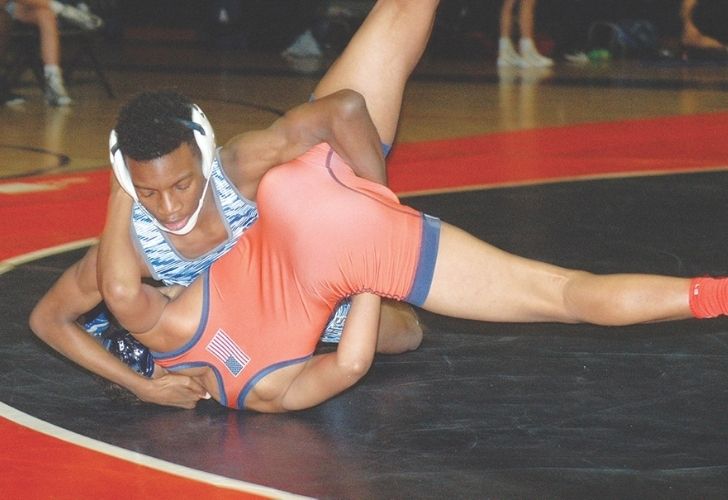 Woodbridge’s Duane Cooke, top, is shown in action during a match last season. Cooke is one of the Raiders’ returning seniors. Star File Photo

“It feels great to be wanted,” said Ennis, who also wrestled in some tournaments during his time at Wesley College.

“It’s great to have people that you’ve known for a long time to talk to (Laurel head coach Zach Toadvine and Delmar head coach Antwon Trimball).”

“The kids are very experienced,” said Ennis, who coached many of the wrestlers in football. “I’m looking for some great leaders, some all out effort, and just getting on the mat and battling. You never know when this may end, so why not give it all you got.”

Like all area wrestling teams, Woodbridge has had less wrestlers out for the team this season. Those that are participating are getting used to wearing a mask during practice. Ennis said the Raiders are also wearing long sleeves on their arms and legs and some kids are wearing hoodies in an effort to have the least amount of body contact as possible.

Ennis expects the Henlopen South to be competitive, starting with an early match-up against Lake Forest. Woodbridge faced nearby rival Laurel in the state dual meet semifinals last season.

“You’ve got to show up every week. You’ve got to come to wrestle every night,” said Ennis. “The kids are chomping at the bit. We’re extremely excited about getting on the mat and working hard and representing our school district.”