Following a 2-1 loss to Milton last Wednesday in the winner’s bracket finals, the Laurel Major League all-star team battled back from the loser’s bracket to face Milton in the first championship game last Saturday in Milton, needing a pair of wins to take the Delaware District III title. Laurel took an early lead, but Milton scored four runs in the third inning and went on to win, 6-3. 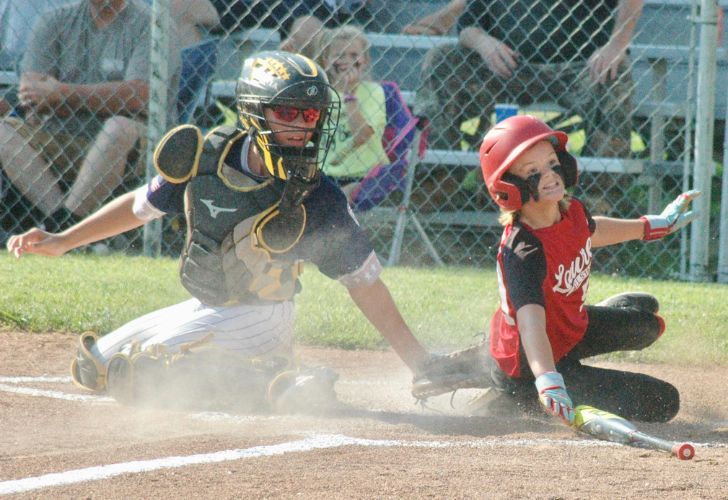 In the top of the third, Nate Kristunas hit a one out single and scored following a Laurel error and Ruark hit a three-run home run (4-1).

Hitchens led off the bottom of the inning with a single, Deiter walked, the runners moved up on a wild pitch, and Hitchens scored on a second wild pitch. Deiter came home on a groundout by Cannon to pull Laurel within one at 4-3.

Dickinson hit a two-out single and scored on a single in the fourth to up Milton’s lead to two. In the top of the fifth, Milton loaded the bases on a hit by pitch, single, and a walk. One run came home on a passed ball before a groundout ended the inning (6-3).

Hitchens hit a leadoff double before getting hung up between second and third on a ball hit by Deiter in the bottom of the fifth. Cannon singled to put runners on first and second, but Milton turned a double play to end the threat, although the runner at first appeared to be safe.

Milton collected a pair of hits in the sixth before Laurel relief pitcher Josiah Phillips got a strikeout and a pop out to leave a pair of ducks on the pond. In Laurel’s final at bat, Johnson led off with a walk, but a fielder’s choice, fly out, and strikeout ended the inning, clinching the District III championship for Milton.