Helping Others and Helping Yourself: The Laurel Fire Department Ambulance Fundraiser

No one plans to need an ambulance; in fact many of us cringe when we hear the siren of the ambulance because it means that somewhere, somebody is in trouble and needs help. But when it is us that needs help, we are so very grateful for the sound of that siren. 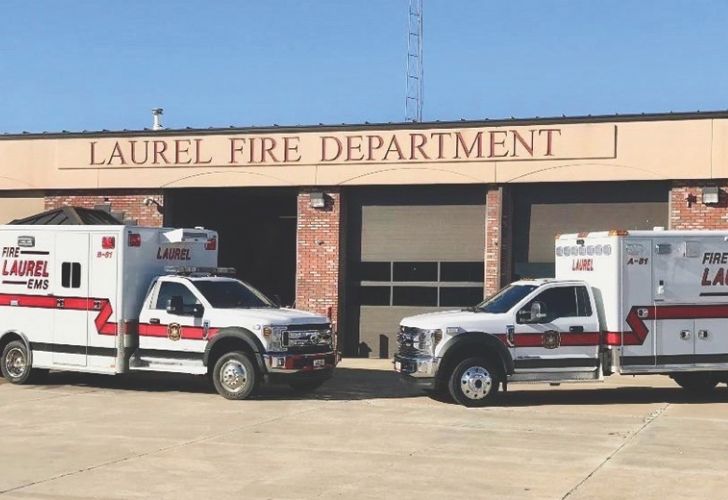 Shown is the outside of the Laurel Fire Department with two ambulances. The department is selling ambulance subscriptions. Submitted photo

The Laurel Fire Department, Butler emphasized, is devoted to answering all emergency calls and will take anyone to the hospital, regardless of their ability to pay. (They do not handle non-emergency transports.)  Their mission is: “To respond when called and provide the best pre-hospital care available today.”

Yet there is great cost to hiring and training emergency personnel; top of the line equipment to help people in accidents, fires, and other situations is expensive. Butler said that the state pays part of the cost to run the ambulance service. So does the county. Regardless, the average bill for an ambulance run is $750-$850, according to Butler. For individuals with health insurance that covers ambulance service, most still end up paying at least twenty percent of the bill out of pocket, he said. What’s a person to do?

For residents in Laurel, a $75 donation to the ambulance subscription (or $125 for a business) means two things. First, it means that you are helping them help others by providing a means to pay for personnel and equipment. Second, it means that if you, the subscriber, need an ambulance during the “subscription year” (for example, 2023), you will not be billed for that ride. If you are a subscriber, your insurance will be billed. If you don’t have insurance, or if your insurance doesn’t pay all of the bill, you will still not get a bill. Even if you need five ambulance rides, for example, during that year, you will not be billed.

Butler, who has worked at the Laurel Fire Department for almost 18 years, said that monetary donations and subscriptions are “a big help” for the fire department.

In 2022, 958 people and businesses signed up and paid for the ambulance subscription. Over 450 others sent in some type of donation.

In 2022, the Laurel Fire Department will have responded to over 3,200 calls by year’s end. The large number of calls is partially due to a growing population in Laurel. Additionally, according to Butler, many people who move to the area are older, thus needing more emergency care.

One never knows who will need help next.

“Two of my people went to a guy in cardiac arrest last November,” said Butler. They gave him CPR and got him to the hospital. “Three months later, the man came to shake our hands,” Butler said. (He also noted that very few people come back to say thank you.)

“COVID,” he said, “was a nightmare.” It was a mammoth job, continually cleaning and decontaminating equipment between runs; wearing masks; and making sure patients had masks. “Thankfully,” he said, “it has slowed down.” Most people called 911 if they thought they had COVID because they didn’t know what else to do, he said. “We helped people and calmed them down,” he said, in addition to giving them the care they needed.

“It is far better to pay $75 up front,” said Butler, “than to pay the balance of what insurance doesn’t pay.”

If you are a Laurel resident and are interested in the ambulance subscription or would like to donate to the ambulance fundraiser, go to www.laurelfiredept.com. You can also call the fire department at 302-875-3081.

Butler also said that they are always looking for volunteer firefighters, as well as volunteers to help with fundraising and other work at the fire department. If interested, please call 302-875-3081.