The Delmar varsity football team has had 70 to 80 players at each practice, causing it to scramble to find enough equipment for each player. Delmar head coach David Hearn likes his young squad. 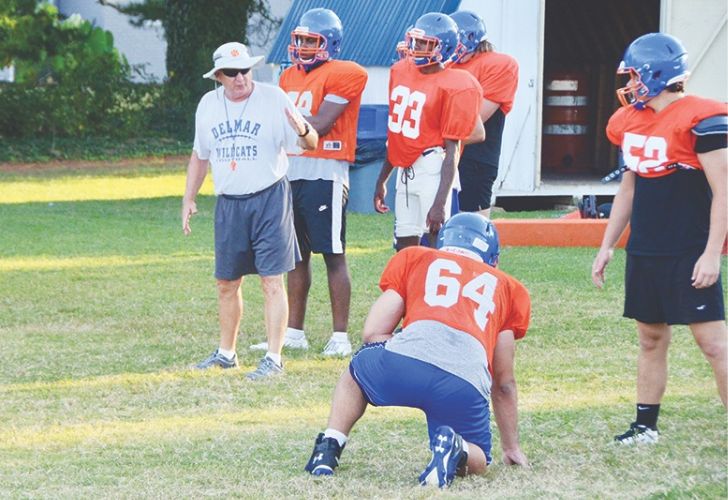 “They’re eager, they’re trying to learn,” said Hearn. “We lost some talented people. I like the guys we have coming back.”

Among the returning players are senior quarterback Gavin Powell, who was injured last season, juniors Brandon Turner (fullback) and Takai Hugee (tailback), and senior Jalen Johnson. “Some of our guys got quality time in big games,” Hearn said.

The Wildcats have good numbers on the offensive and defensive lines, but the players are inexperienced. As is usually the case, the team can not afford to have injuries.

Hearn expects Lake Forest, Milford, and Woodbridge to be among the top downstate teams in Delmar’s district.

“There aren’t any weak spots,” said Hearn. “It’s a challenge every week. You’re playing a playoff game every week.”

Hearn is interested in seeing how his team improves in its two remaining scrimmages, including Friday’s scrimmage against Seaford. The Wildcats also host Glasgow in a scrimmage.