We have a treasure here 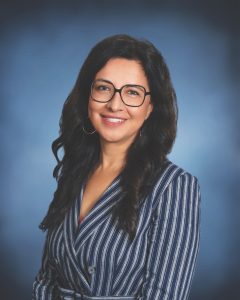 After an extensive search for a new president, Coastal Hospice welcomed Monica Escalante to the role this summer. Escalante, now one of the first Latina presidents of a U.S. hospice, brings two decades of experience as a hospice executive at Montgomery Hospice, one of the largest end-of-life care providers in Maryland. Fluent in English and Spanish, she earned a Master’s in Public Policy & Management from Catholic University of La Paz and Harvard University, and a Master’s in Marketing from Johns Hopkins University. She is currently a board member of Hospice Network of Maryland and a Diversity Advisory Board Member of the National Hospice & Palliative Care Organization.

Robbie Tarpley Raffish caught up with her as she had just learned that Coastal Hospice had received an important recognition.

RTR: So, how are you settling in?

ME: There’s not been time to ‘settle’! Things happen fast here. This morning we received word Coastal Hospice received a 2021 “Hospice Honors” from HEALTHCAREfirst. Obviously, the work that went into it happened before I arrived, but the result is no surprise to me.

During my orientation, I went out on visits with each discipline of professionals: nurses, social workers, chaplains. In my 20 years in hospice, I have never seen people go to the lengths this team goes to. It is magic in action.

I witnessed them working with scared, stressed patients and caregivers, laying out each step, organizing and teaching. At the start caregivers (usually a spouse or adult child) often say, “I will never be able to do this,” but as our staff members get to work, you can visibly see the caregivers’ shoulders drop. They begin to realize that with this help, they will be able to handle it.

RTR: Where do you think that commitment comes from?

ME: Let me tell you one amazing story. We had a woman whose mother was in our care. She wanted to be married before her mother died but had not been able to get things organized. In one day – one day! – I watched a chaplain, a nurse and a social worker from Coastal Hospice go above and beyond, and by force of will made the marriage ceremony happen. I left that scene and cried in my car because of the care and compassion I had just witnessed. It can only come from within. 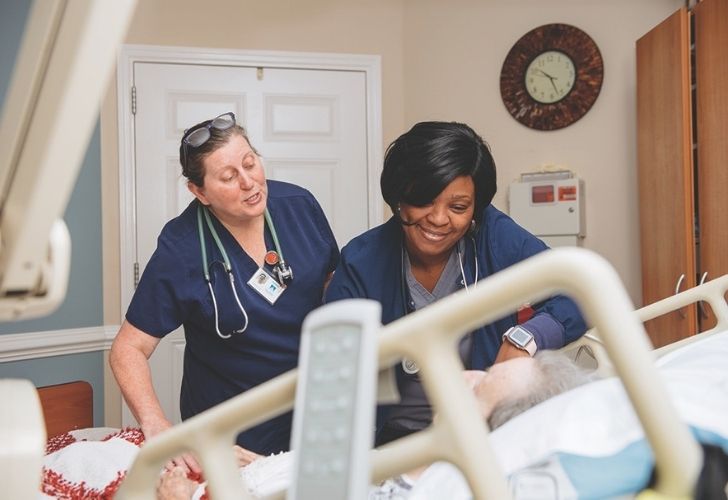 Coastal Hospice’s dedicated nursing staff serves patients in their homes and at their facilities. About 90 percent of patients receive care in their homes. Photo by Tony Weeg

RTR: Before you knew any of that, what made you decide to apply for the job?

ME: I saw the surveys done by HEALTHCAREfirst. No hospice or homecare can influence them; they are done by this independent research firm. Coastal’s scores were above national and state averages in almost every category; it was pretty spectacular.

RTR: What are some of your first goals as president?

ME: First, I have to tell our community that we have a treasure here – one of the best hospices in the nation. Coastal is something you can’t find anywhere else.

We need to focus on how our population is changing. When I first started, 90 percent of hospice cases were cancer and now it’s less than half. Our treatment plans must be broader and more holistic.

Our industry is changing dramatically. Some hospices are aligning with competitors, others are partnering with hospitals or post-acute care. We must decide how we can best serve our community as a not-for-profit organization going forward.

One of the reasons Coastal Hospice is so strong is the depth of experience of our staff, but over time, people will retire. It is crucial to prepare the next generation of professionals to carry forward the philosophies of hospice, which must include innovative staffing models.

RTR: How did you come to this career?

ME: I was a scared and stressed caregiver when my ex-husband became very ill. We had four kids. I was doing marketing and had to leave the workforce. My last campaign before he fell ill was with Hospice Network of Maryland. Before I knew it, hospice had gone from being a client to being my lifeline. Fortunately, he recovered, and I had found my passion. I became a volunteer, and then the legend Pat Kelly, who wrote the great book Final Gifts, encouraged me to apply when a volunteer coordinator job opened. She told me I had a ‘heart for hospice.”

RTR: How do you handle the stress of a job this size?

ME: I have been a senior leader in a competitive hospice environment for over 15 years. During this time, I have improved my eating habits, developed a solid daily yoga practice and learned that friends and fun are important to balance the stress of a demanding job.

I have also learned that building effective teams of dedicated professionals to support the mission greatly lightens the weight of leadership. At Coastal Hospice, I hit the ground running because of the committed Board of Directors and Executive team.

Robbie Tarpley Raffish is a writer, journalist and owner of a.s.a.p.r. Ink. She is based on the Maryland Eastern Shore.