While still in the planning stages, the town of Bethel is planning a celebration of its 225th anniversary on Saturday, June 13. The event will take place the same day as the annual spring arts and craft show, which takes place at the Bethel Museum, located in the newer part of town.

In 1795, Kendal Major Lewis bought the land grant for what is now Bethel. In the 1840’s Lewis’ Wharf was developed into a thriving community known as Lewisville before being renamed Bethel.

According to Rich Kough, a member of the Bethel Historical Society Board of Trustees and the Founding Day celebration committee, the event will build off of the annual spring arts and craft show. 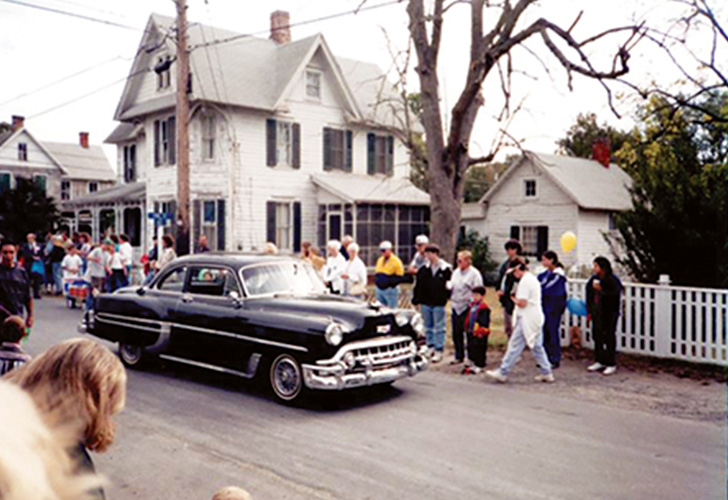 Shown is a scene from a past Bethel Heritage Day parade. The town is looking to have a parade on June 13 in celebration of its 225th anniversary. Submitted photo

The committee is looking to recreate the old Bethel Heritage Days, with vendors setting up outside of residents’ homes in the “old town” area. Vendors will line “the big block” on Main, West, Pine, and Vine Streets. Information has been sent to several landowners requesting permission to set up in their yards.

Kough said the Bethel Heritage Days used to be well attended. With the vendors in the “old town” area, the museum’s grounds may be used as a staging area for a parade as well as a car show.

The committee is looking to have three live bands play from noon to 9 p.m. The parade is expected to take place at 10 a.m. with horses, fire companies, and much more. Vendors will have an assortment of food, arts, and crafts.

Some area families will be holding family gatherings in conjunction with the festival. The committee is hoping to take a picture of descendants of the town’s original inhabitants.

The next committee meeting is tonight (Thursday) at 6:30 p.m. at the Town Community Hall. Ideas and additional help is welcomed.

For more information about the event, contact Betheltownclerk@gmail.com. Visit https://bethel-historical-society.weebly.com/artscrafts-show.html for the vendor application.

The committee is considering having other events beyond the June 13 gathering including house tours and a reenactment.