The Laurel varsity baseball team is young, but head coach Joey Jones expects the tight knit group to gain experience in the coming years. Gone from last year’s team, which went 5-8 in the conference and 8-10 overall, are Trace Hitchens, Kobe Heinicke, and Devon John.

The Bulldogs have no seniors and just two juniors, one with experience, but Jones said his players are willing to learn. 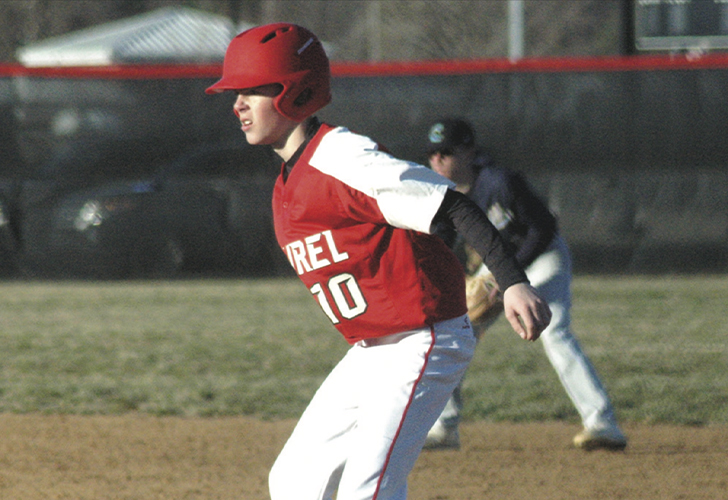 “Young is certainly an understatement,” said Jones. “It’s a great group of kids. Most these kids have played together most of their lives.”

The team’s returning players include junior Trevor Collins (OF); sophomores Jaden Snyder (P/IF), Damien Smith (P/IF), and Ethan Elliott (P/IF); and freshmen Brady Lee (OF), Kaden Shockley (C) and Bryce Hendricks (IF). Collins, who has been a varsity player for the past couple years, is the veteran on the team. Jones is looking for some of the younger kids to also provide leadership.

Among the newcomers are junior Dylan Newman (UTIL); sophomores Justen Barron (IF) and Brayden Hearn (IF); freshmen Timmy Jones (P/IF) and Aidan Bell (P/IF); and eighth graders Ryan Jones (IF), Royce Scotton (OF), Isaiah Miller (IF), and Mason Whaley (IF).

Last season Laurel had three eighth graders see significant time with the varsity squad. Jones expects this year’s young players to gain experience in the same way, although it will be difficult for the young squad to compete against junior and senior laden teams. “We have the right group to do that,” Jones said of the learning experience his young squad will experience.

“It’s the same every year, every year the South is good, it’s just a different team that comes out on top,” he said. “Your Henlopen Conference schedule is always tough.”

But while other teams will lose players to graduation over the next year or two, the Bulldogs will not.

“My team next year will be the same group of guys it is this year,” said Jones. “It’s a shame to not be out there. I was looking forward to this season, hopefully we can find a way together out there.”