Sandy Davis grew up in East New Market, but for 50 years Delmar has been her home. On Tuesday, Davis was honored as the 2019 Delmar Citizen of the Year during the annual banquet held at the Delmar VFW and sponsored by the Greater Delmar Chamber of Commerce.

“This is the kind of town that you want to call home,” Davis said during her acceptance speech.

Following dinner, friends and family were invited to speak about Davis.

Roger Martinson said he felt like Davis’ adopted son. “She’s just one of the sweetest ladies I know,” he added. 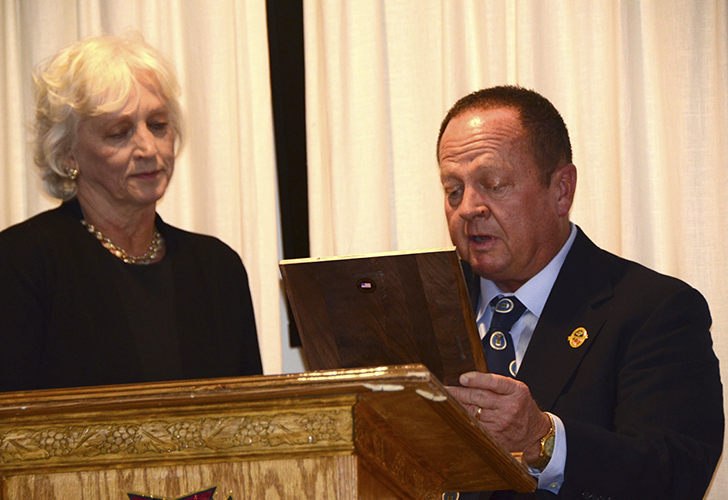 Higbee said her mom often does things for people behind the scenes and is always there to offer advice when needed.

Emcee Bunky Naugle added, “She is one loyal, faithful servant for our community.”

“It it wasn’t for good citizens doing good things our country wouldn’t be as great as it is,” Dodd said.

Houlihan returned to the podium on behalf of the town. “We are all so blessed to live in this town,” he said during his presentation.

Chamber President Conrad Morgan added, “Delmar’s such a great, great town. You (Davis) are what makes this town great.”