When Jack Chen arrived in the U.S. from China he was already an accomplished chef. He attended culinary school in China and found employment in New York City and nearby New Jersey working in several Asian restaurants.

“I was not satisfied working for others and wanted my own restaurant,” he said. “So I traveled to many places in the United States, visiting restaurants along the way. I traveled as far west as Colorado and when I saw something that was new to me — something I liked — I would remember it and consider incorporating that idea into one of my restaurants.” 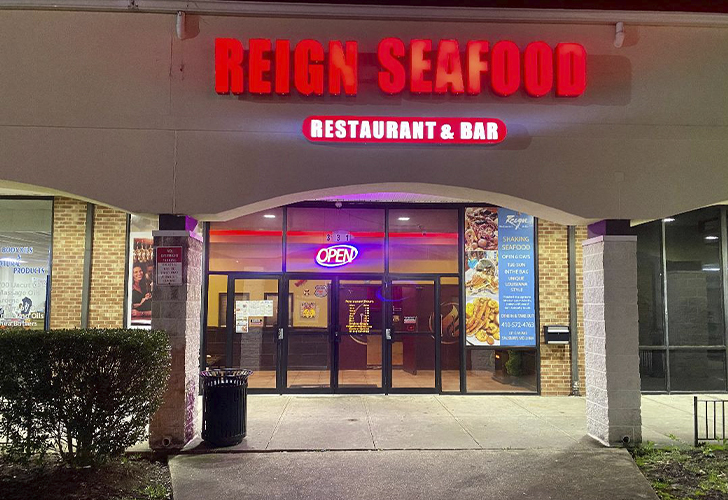 Shown is the Reign Restaurant, located in the Twilley Center in Salisbury.

In 2007, Jack moved to Cambridge and opened the first sushi house in town. It was an immediate success and he began looking into more markets. That is how he came to Salisbury.

“My first restaurant in Salisbury was the Lucky Star, located in Fruitland. It was successful and I later opened the East Moon Japanese Steakhouse. It has proven to be wildly successful and we serve hibachi grilled meats as well as sushi and traditional Asian dishes.”

“In 2017, I opened the South Pole Ice Cream Shop in Ocean City. The shop is unique in that the ice cream is made to order right in front of the customer. A milk-based liquid is poured onto a freezing cold surface and as it begins to solidify ingredients such as chocolate, berries, candies, etc. are added. The ice cream is then rolled into cylinders and served in a cup. The kids love the experience, as do the adults. In the works now is my newest restaurant, an Asian Bistro to open in West Ocean City this summer.”

The Reign Restaurant, which is located in the Twilley Center, began as a music theater restaurant in 2016. Customers enjoyed a variety of music as they dined but the idea simply didn’t take off, so in early 2018 Chen changed the format of the  restaurant into a seafood house with a twist. Unlike a typical Eastern Shore seafood restaurant where customers expect crabs, oysters, shrimp and various species of fish, the Reign Restaurant serves its entries as a seafood boil.

Jack Chen is a very busy man and his love of food is demonstrated in his restaurants. The Lucky Star and East Moon are well established popular eating spots on the Shore and the Reign Restaurant may soon become the new “hot spot” restaurant.

Give it a try. You won’t be disappointed!