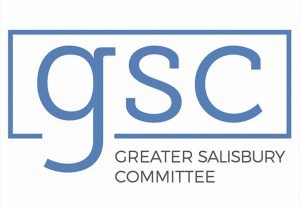 “On the other side of this, we’ll get back to moving the ball forward,” says CEO of the Greater Salisbury Committee, Mike Dunn, referring to overcoming COVID-19’s impact on the local business community. Helping to solve problems faced by area businesses is a main focus this committee has set its sights on time and again. Another focus is the growth of the Salisbury community by finding and creating opportunities that add to and expand on what is here. It is growth that is on the other side of the pandemic; something this committee has been making happen for more than 50 years.

Since its founding in 1967, the Greater Salisbury Committee, or GSC, has assembled with the goal of serving as a catalyst in the community. Prominent local business leaders including Frank Perdue and Richard Henson, who Dunn describes as “community-minded,” came together with plans to make their community better. Their inspiration came from the Greater Baltimore Committee which had been successfully lending a voice to its local business community for 12 years.

Dunn, who is in his fifth year as CEO of the committee, remarks on the inception of GSC by saying that, “being a successful business-person was fantastic but not enough. You had to commit yourself to making the community better.” Historically, the work of the GSC and its members has lived up to this statement. Some notable achievements include: providing advocacy and support to pave the way for Wor-Wic Community College; formation of the Community Foundation of the Eastern Shore; creation of Salisbury Wicomico Economic Development (SWED); and bringing global non-profit, Junior Achievement to the Eastern Shore.

The committee achieves its goals with the support of its members. Currently, it has more members than ever, the number coming to around 100. Members join by invitation and are representative of an assortment of local organizations and businesses prominent in the community. Dunn asserts that members have a, “good tradition and reputation for getting things done in a reasonable way…Our members are the ones who make all this happen. I work for them.”

To this day, the GSC takes on initiatives of interest to the community of Salisbury and surrounding areas on Delmarva. The initiatives vary because they focus on what the needs and interests are in the community as it progresses forward. Everything from preparing future leaders with knowledge of their community to bringing the attention of elected officials to Delmarva has been on the agenda.

Many recent initiatives are ongoing. The GSC has worked in support of Offshore Wind in the hopes of bringing wind turbines to Ocean City in the near future. Working with the Salisbury Area Chamber of Commerce, GSC took part in building the Wicomico County Education Foundation to support the public school system as needs arise. The “A Conversation With…” series has brought Governor Hogan, Comptroller Franchot, and senators Cardin and Van Hollen to the area for free public forums that have seen attendance of between 300 to 400 community members. Pending public safety and state orders, a continuation of the “A Conversation With…” series featuring the Perdue family is still anticipated for 2020.

By the end of 2020, GSC, in collaboration with Pohanka Automotive, intends to bring Vehicles For Change — a national non-profit — to the Shore. Vehicles For Change is both a workforce development program for those re-entering the community following incarceration and a way to provide affordable transportation to families in need. This program will serve two very in-need populations on the Lower Eastern Shore.

Another recent initiative of note is the Transformational Community Leadership series. It began in 2017 with a cohort of future community leaders. The GSC worked to educated them, on site, about the community they would be serving with visits to local farms, schools and colleges, and other cornerstone facilities such as the local airport. Occurring every other year, a cohort was mentored last year in 2019 and, pending the wellness of our local community, another will be formed in 2021.

The wellness of our community in the midst of the global pandemic has been something Dunn and GSC members have been working tirelessly on since March. The GSC’s third Friday business roundtable transformed for the time being into what is now the Salisbury Mayor’s Weekly Coronavirus Business Task Force which aims to address the needs of local business owners in uncertain times. Dunn emphasized the significance and benefit of the collaboration between many local organizations including GSC, SWED, some 20 to 25 local business owners, Salisbury Mayor Jake Day, and the Salisbury Area Chamber of Commerce.

Recent focus has been on strategies for transition as Governor Hogan’s phases roll out. Reaching out to elected officials such as Comptroller Franchot, GSC and the other collaborating organizations help to bridge the gap between homegrown small business owners and those elected to serve the community on local, state, federal levels. Making the move to a new normal for business operations, Dunn insists, must be made safe, business owners and employees must feel they’re prepared to return to a safe environment to work, and the public must be able to trust that appropriate measures are being taken so that they can visit establishments with confidence.

“This is an unprecedented time, as we all know…so we all have to try to rise above the challenges and slowly get back to whatever normal is going to look like. GSC is doing our part to help our elected officials and partners to work this out. It’s really amazing to…hear so much desire to want to work together,” says Dunn.